I am an identical twin. When I talk about my history prior to the time I went off to college, I find myself using the pronoun “we.” After college, I use the pronoun “I.” The question of individual identity is a profound issue for twins. A television talk show aired a feature on triplets. One set of triplets had, as individuals, participated in a beauty contest. Another set of triplets entered a beauty contest as one person and won. Not only do multiples have issues about whether or not they are individuals, but the rest of the world has strong feelings about it also.

As a psychologist working with twins, I have found that twins express a wide range of ideas about twinship and individuality. Some confess to believing that, separated, they are less than a whole human being, and together they are an unusually powerful human being. There is also a frequent theme of “good” twin and “evil” twin as if in their separation one became the embodiment of good and the other of evil. Some twins report a fear that parents confused their identities as newborns, and that they will never know who is really who. Some describe their twin as the other side of them. Still, others say that when they want to be by themselves it really means they want to be with their twin.

In developmental psychology and psychoanalysis, we learn that separateness and difference between self and other is a slowly evolving understanding. According to this premise, we all begin life as a whole, undifferentiated from others, knowing no demarcation of self and other. As we develop psychologically, we come to understand that we are indeed differentiated and split off from what we once were a part of.

When some people see identical twins, they may have an uneasy feeling that stems from an unconscious memory of not being fully differentiated. They may recognize a wish to be able to exist as an individual and yet not do so. In other words, in twins, people can see the possibility of eliminating the pain and loneliness of individuality while still remaining individual. This potential may explain the world’s fascination with twins. Even twins themselves feel this fascination.

An identical twin told me the following story. She was in a beauty shop where she saw a set of identical twins sitting side-by-side under the hairdryers talking to each other. She watched them with fascination and had the thought, “I wonder what that feels like.” Then she remembered that she was an identical twin. What she felt was the longing that all people experience to be back in a time prior to the existence of separation and loneliness, to be one with another person. Because twins shared the same womb before birth and before psychological separateness, I believe they can feel this longing infinitely more intensely than non-twins.

One of the most widely circulated photos in the last few years tenderly demonstrates that the twin bond is formed in the womb. A 1995 article in the Worcester Gazette (Mass.) entitled “The Rescuing Hug,”* described twins born prematurely and put in separate incubators, a standard practice. Three weeks after birth one of the twins was in critical condition; the nurses were unable to stabilize her and feared she would die. With the parents’ consent, they put the twins together in one incubator. The healthy twin snuggled up to the sick twin and wrapped her tiny arm around her sister. Within minutes the sick twin’s blood oxygen rates were the best they had been since she was born.

How these–or any twins–move from a “we” position to an “I” position is a primary task of childhood and sometimes adulthood. It is a difficult task for any human being, and exponentially so for twins. Through repetitive interactions with our environment, we begin to discover who we are by separating ourselves out from the rest of the world. The primary separation is from mother.

For twins and triplets, however, the process is complicated by the fact that they must learn to distinguish themselves from a constant companion. To the extent that they appear identical, the task will be that much more difficult. This process begins around 6 months of age. Parents discover that a baby who previously would let many people hold him will no longer do so. We call this “stranger anxiety” and it implies that the baby has begun to separate people, including himself, from others. Interestingly, psychological researchers have found that often between the ages of 6 and 10 months twins seem to become highly aware of each other while being averse to gazing at each other. It is as if in this time of initial separation and individuation the presence of one so similar to oneself is somehow troubling.

If parents treat twins as a unit, it can hinder the process of attaining an individual identity, even for infants. To the extent parents can experience and treat their multiples as individuals, the greater will be their children’s ability to experience themselves as individuals. The more individuated each multiple is, the more stable his or her relationship will be throughout the trials of life. Developing as an individual is not a threat to the twin bond, but contributes to the health of the twinship.

How parents help twins and triplets develop their own identities must be done on a child-by-child basis. No one answer is right for all twins. I have many stories from twins I’ve worked with in psychotherapy who describe severe trauma from being separated. I also have many stories of twins suffering trauma from not being separated. Parents must evaluate the individual situations. Regarding wearing the same clothes, sharing birthday parties, having play dates together, and so on, look at the twins as individuals and explore, with their help, what is in each one’s best interest. While we don’t necessarily accept their judgment as final, considering their wishes certainly increases the possibility of making healthy decisions for twin children.

Most of the twins I have worked with express the feeling of being a twin as a blessing, regardless of the complications involved. They point out that they have a head start on human relationships. In helping twins become healthy individuals, secure in their own identities, and able to form satisfying and fulfilling relationships with others, we teach them to balance unity and separation. Ultimately, they can enjoy being close with another person in a way that is never experienced by a non-twin and satisfies an intense longing in the human condition. 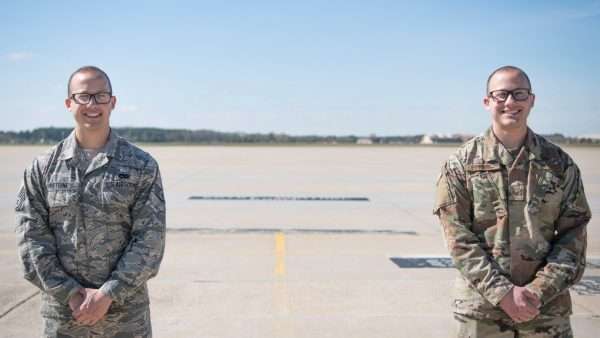 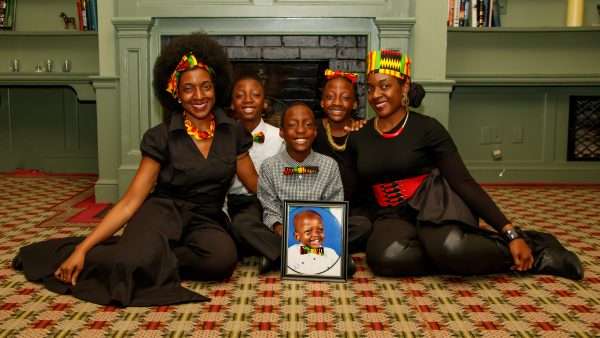 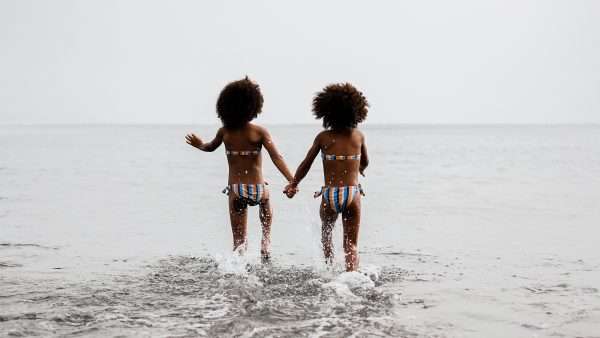