TWINS Magazine
Home RESOURCES It's your decision
RESOURCESTWINS IN SCHOOL 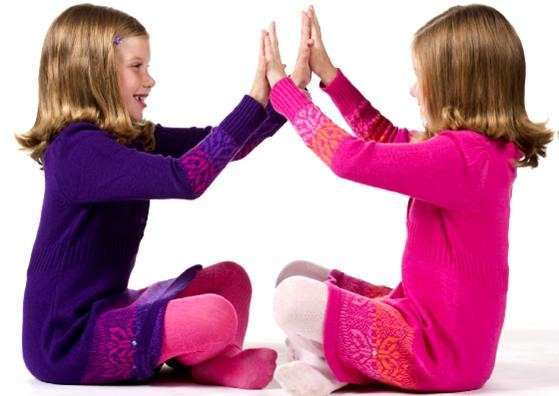 What’s the best choice for your multiples when they start school? Should they be placed in the same classroom or separated?

“I know it’s easier for you to have your boys in the same class,” a well-meaning teacher told me when I registered my twin boys for kindergarten. “But it really is better for them to be separated.”

That was my first experience with the public school system and I was a little intimidated by the whole process of filling out forms, watching my kids go through endless screenings, meeting with the guidance counselor, talking with the kindergarten teachers and touring the school. Not to mention, I was in emotional turmoil over the reality that the tiny infants I held in my arms only yesterday were going to “the big school.”

I had tried to prepare my boys and myself for this huge milestone in their lives. I sent them to preschool two days a week for two years, which I had fooled myself into believing was just like “regular school.” We talked about kindergarten all summer long. We drove by the school, looked at school buses and attended the school open houses. As the time drew nearer, though, it all became overwhelming and I was—for lack of a better term—freaking out. My babies were going to be riding a bus—all by themselves. They were going to have to find their own way to their classroom, make new friends, buy their own lunches… and, who knows what else. On top of all these worries, I needed to make a decision that could affect Andrew and Nathan’s first experience with school and maybe even set the tone for their entire adolescent development. Should I keep them in the same classroom or separate them?
It seemed to me that the best choice for them during this time of transition would be to stay together. I felt that they would find comfort and feel less threatened by this new experience if they were together. That’s why I boldly and adamantly announced to the teachers, guidance counselors and anyone else, “I want my boys to be kept together.”

Now, in the face of this professional educator telling me that my desire was not only wrong but was also somehow sel?sh, I began to doubt myself. Could I not know my twins as well as I thought? Did I want to keep them in the same classroom because it would make them feel more comfortable, or because it would make me feel more comfortable? Could the expert be right? Should all twins be separated? I didn’t think so then � and I don’t think so now.

When I consulted the literature, there were differing views on the subject. Many experts, like the school teacher with whom I spoke, believe that separating twins in school will help develop their individuality while decreasing constant comparisons made by teachers, other students and the twins themselves. As parents know, competition between multiples can become a real stumbling block to their development and self-esteem.

On the other hand, some experts believe that twins benefit from the social support they give one another when placed in the same classroom. Separation can actually be detrimental because the twins receive the message that there is something wrong with being a twin. Instead of viewing their relationship as unique and special, they begin to view it as different � even abnormal.

Still confused, I spoke with adult twins. Janet, a co-worker and identical twin, was grateful that she and her sister were never separated in school. She did wish, however, that they had been forced to interact more on an individual basis in high school. Leaving each other to go away to college was almost unbearable because they had never been separated at any point in their lives.

Wanda, a 70-something identical twin whom Andrew, Nathan and I bumped into at the grocery store, told me that people don’t understand the bond between twins. Unlike Janet, she was separated from her sister in school and said that while they enjoyed having their own friends, they wished that they were together more. This feeling was intensified for her now, she told me, because her sister had just passed away.

Having read what the psychologists, pediatricians and educators had to say, and then talking to twins myself, I decided that to make this decision, I needed to look at my own twins.

Andrew and Nathan are very sweet, self-assured little boys. They tremendously enjoy being together, but they also enjoy the company of other children. They are sensitive, caring and smart. When asked, they said they would like to have the same teacher and be in the same classroom. I agreed and decided that for my twins, separation would be detrimental—both socially and emotionally.

After the first grading period, Andrew and Nathan’s kindergarten teacher agreed with me too. She made sure they had opportunities in the classroom to be on separate teams, to work at different stations with other children and to be themselves. At the same time she gave them the opportunity to be together. During our ?rst parent-teacher conference, she was pleased to report that my boys were doing very well and she saw absolutely no problems with keeping them together.

So is this the best choice for every set of twins? No, I don’t believe so. If there is one thing that I learned in my search it is that, as every child is different, every situation is different. For your twins or multiples, separation may be the best choice. It may be an opportunity for them to shine as individuals, to develop a positive sense of self and to experience a world outside of each other. Or, your twins, like mine, may find needed comfort and stability in being together. They may flourish as a team and be able to strike a balance between being together and being with others. Like nearly all aspects of parenting multiples, this is an issue that you need to figure out on your own—with the help of your children. Don’t be afraid to ask others to get new perspectives, but ultimately, you know your children best.

Plan to revisit this issue every year. I believe that we made the best choice for Andrew and Nathan this year, but I also know from experience that they continue to grow and change. And, what’s best for them down the road may be different. Such is life as a mother of multiples.

Elizabeth Blevins is a freelance journalist who lives with her four children, including 6-year-old identical twins, in Portsmouth, Ohio.

Twins will always share a special bond, no matter how it might seem at times to their parents. For many parents of twins, there...
Read more
PARENTING

As fear and anxiety spread about the Coronavirus pandemic, many parents are left asking how they can help their kids understand. School closures, shutdowns,...
Read more
FEATURES

I couldn’t get off the couch. I felt dull and heavy. About a month prior, a positive pregnancy test left me elated with anticipation...
Read more