The Truth About RSV: What Parents Need to Know 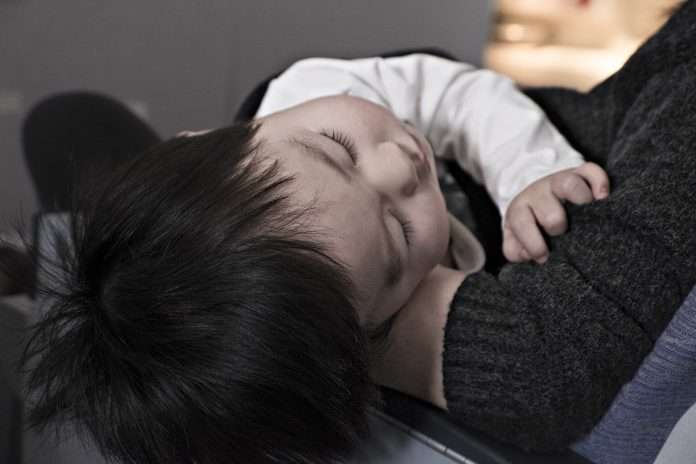 Respiratory syncytial virus (RSV), a common cold virus that causes bronchiolitis in children, can act as a “hit and hide” virus, according to an international team of researchers. Until now, it was thought that the virus could only survive in the body for a few days, but a new study shows that the virus can survive for many months or years, perhaps causing long-term effects on health, such as damage to the lungs.

The Research, published in the American Journal of Respiratory and Critical Care Medicine, was a joint project between Imperial College London, St. Mary’s Hospital, London and the Ruhr-Universitat Bochum, Germany. Professor Peter Openshaw, from Imperial College London and St.Mary’s Hospital, one of the paper’s authors, commented: “These studies show that RSV is a ‘hit and hide’ virus, rather like HIV, herpes or some hepatitis viruses. The symptoms seem to go away but the virus is just hiding, waiting for a chance to re-emerge and begin infecting other people.”

The team believes that long after the initial symptoms, such as coughs and sneezes, have disappeared, the virus could lie dormant in the body. It is possible that the recurrent wheezing which occurs in children who have suffered from bronchiolitis may be due to virus hidden in the lung.

“Some people may be carriers, able to act as a source of new outbreaks in children. If RSV is a ‘hit and hide’ virus, this could explain where this virus goes in the summer and where it comes from each winter. If the virus is able to lie dormant in previously infected individuals, it could re-emerge when the conditions are right and cause the outbreaks that fill our children’s wards each winter,” Openshaw said.

RSV is the most common cause of lower respiratory tract infections (LRTI) such as bronchiolitis and pneumonia in infants and children worldwide, with infections predominantly occurring between the autumn and spring. Nearly 50% of bronchiolitis and 25% of pneumonia hospitalizations in young children are caused by RSV. The global annual infection and mortality figures for RSV are estimated to be as high as 64 million and 160,000, respectively. Around 40% of infants who experience bronchiolitis as a result of RSV infection are subsequently affected by recurring wheeze and up to a third can also suffer from childhood asthma.

Most children contract RSV sometime in early childhood, some with very mild symptoms. Preterm infants, however, are at high risk for serious RSV infection, re-infection, hospitalization and complications. RSV infection, when severe enough to result in hospitalization, may require intensive care and mechanical ventilation.

Those considered at the highest risk for RSV disease include preterm infants and infants with hemodynamically significant congenital heart disease (CHD). High-risk infants who contract RSV are significantly more likely than healthy, term infants to develop LRTI such as bronchiolitis and pneumonia, conditions that often require lengthy and costly hospitalizations.

Over the long term, RSV infection has been linked to chronic wheezing and coughing similar to childhood asthma. Premature infants most likely to be hospitalized include those with siblings in daycare, a crowded household, smokers in the home, multiple health conditions, an age of 10 weeks or younger at the start of the RSV season, and early cessation of breastfeeding. Furthermore, males are more likely to be hospitalized for RSV.

All high-risk infants can be protected through preventive treatments, which may result in fewer RSV-related hospitalizations and fewer serious complications. Currently, the only preventive regimen against LRTI caused by RSV is Synagis (palivizumab). Approved in Europe in 1999 and in the U.S. in 1998 to prevent serious RSV infections in high-risk premature infants, was recently approved in Europe and in the U.S. for expanded use in children up to 2 years of age with CHD.

Synagis injections are given monthly during the RSV season to children under 2 who have bronchopulmonary dysplasia/chronic lung disease, premature infants born at 35 weeks or earlier, and for infants and children 2 years of age or younger with hemodynamically significant CHD.

For more information on RSV, visit www.rsvinfo.com and www.rsvprotection.com and talk to your pediatrician.

Kristen Fescoehttps://twinsmagazine.com
Kristen Fescoe is an adjunct professor of Psychology at Rowan College, a writer and lead editor at Twins Magazine. She's the mother of three, twins daughters aged 12 and a son aged 7. Kristen earned a master’s degree in Clinical Psychology with a specialization in Forensic Psychology. She began her career working in two prisons in Philadelphia as an inmate counselor and part of a research team at the University of Pennsylvania. After completing her research, Kristen founded a company specializing in Industrial & Organizational Psychology, applying clinical psychological practices in the business world. Since venturing out of clinical practice, she has used her knowledge and experience in psychological principles working with businesses to help them apply these concepts to business practices. She joined the Resility Health team as the Clinical Manager in 2016.

Surviving the Covid Lockdown with Twins

Around the country, millions of families are wrestling with the litany of challenges posed by the current coronavirus lockdown and school closures that have...
Read more
FEATURES

Each year on March 21st or 3/21 people across the world celebrate World Down Syndrome Day. For 2020 the call to action is  “We...
Read more