Whoever said there was no point in crying over spilled milk must have been a mother of twin toddlers.

I had no concept of the amount of liquids that twins can spill, or the amount that carpets can absorb,but in the early months of twin parenthood, I learned. On some days it seemed that time not spent taking care of Emmalyn and Alexa or (seldom) sleeping was solely spent sopping up juice, milk and other spills. I became convinced that in the air, as a liquid leaves its container, some sort of molecular expansion converts a cup of juice into a gallon by the time it hits the floor.

One afternoon, as I scrubbed away at a spot I’d cleaned minutes earlier, I wondered how mothers a hundred years ago coped with rags and lye, instead of the arsenal of cleaners I had at my fingertips. It was not the first time I felt a humble gratitude to be living now.

The most ingenious invention of our modern era, I felt, had to be spill-proof sippy cups. The magic of being able to give a child a cup and know that when it was tipped upside down, rolled across the room or tossed to the other twin it would not spill, is hard to describe.

When Emmalyn and Alexa graduated to sippy cups I graduated to a new lower level of cleaning. Now I could give the house a daily once-over and it looked acceptable — certainly not meeting my pre-children standards, but definitely tolerable. And since most people have a near-fearful respect for parents of twins,the bar was a bit lower for me anyhow. Life was good.

So it was in horror that I listened as Ken said one night at the supper table, “You know, the girls are getting a little old for their sippy cups. I think we should start using regular cups with them.”

“Regular cups?”An image of our early parenting days flashed in front of my eyes. No. I couldn’t go back there.

“It won’t be so bad,” he promised,“Look how good they are with sippies.”

“Exactly. They are good with the sippies. Why do they ever have to drink from anything else?”

Emmalyn and Alexa’s excitement at the transition to regular cups overshadowed my reluctance. Now they drank from cups just like mom and dad. Now they were big girls! Or at least, that was their perspective. My perspective was that they were still little girls, now making big messes.

They tried to be careful, but spills were inevitable. Our house returned to being a swampy battlefield, where paper towels marked the latest spill so that grown-ups (oddly enough, never the girls) could step into it the moment shoes were kicked off tired feet.

On one particularly frustrating day, Emmalyn and Alexa spilled every single thing I gave them, including dark-brown Ovaltine that defied the laws of gravity and ended up on our 10-foot living room ceiling. Something inside me snapped and I sat them down for a stern lecture. “You are big girls now,” I said firmly,“and you have got to be more careful. I know you’re still learning and you’re trying hard, but you have got to get better.”

It was impossible to remain angry. I patted them on the backs.“It’s OK. You’ll get better.”

But through the afternoon and evening the spills continued, now accompanied by tearful admissions that they had been careful, but somehow, they didn’t know how, they had spilled their cups. The house was a wetland with something sticky or sloshy at every step. I couldn’t take any more. When Ken came home, I met him at the door and said,“We’re going out to eat.”

We sauntered into the restaurant and delivered the usual speech about being careful with their cups. And moments later — I still don’t know how this happened — I reached for something and my glass, brimming with cola, went sprawling across the table in a Niagara-worthy splash. I was speechless. Emmalyn and Alexa’s open-mouthed faces turned to me in unison. And slowly, as though she were exploring uncharted territory, Alexa leaned close and whispered,“I thought you were a big girl now, Mom.”

Emmlayn took the cue with a sorrowful,“You have got to be more careful.”

“But it’s OK,” Alexa said, “You’re still learning.” She patted my arm.“You will get better.” 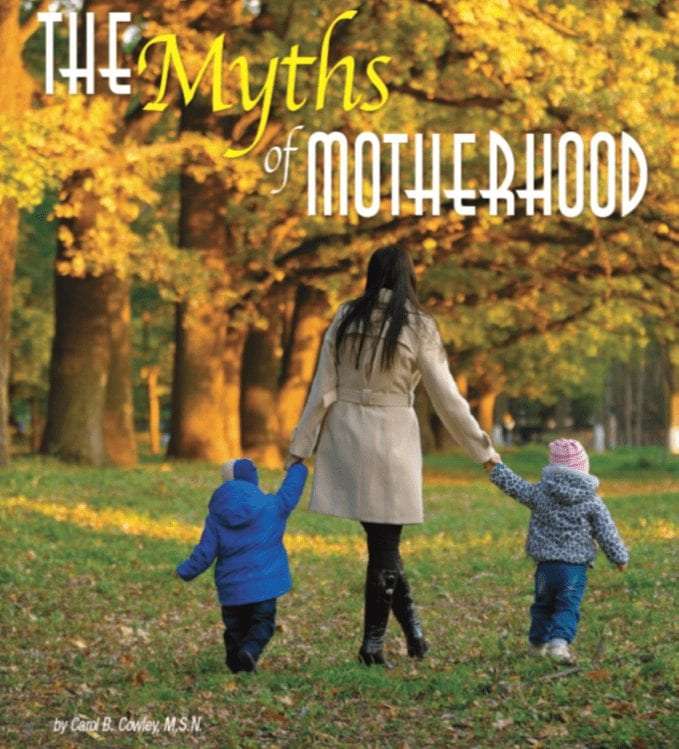 What No One Tells You About Parenting Twins ﻿ 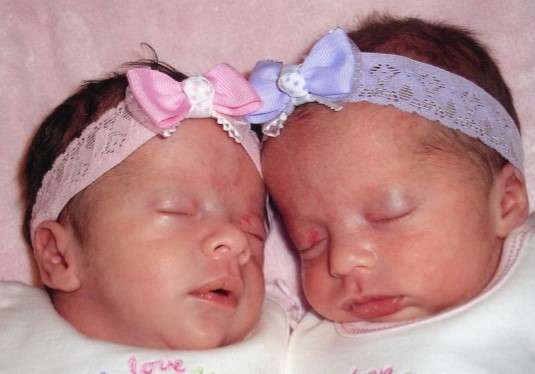 To Nap or Not to Nap?