So you just found out you are having twins!

Congratulations! You will soon be part of an elite group of moms whose mothering experiences qualify them for the “Believe It or Not!” Club. Friends and family over the years will tell you that if they hadn’t seen it with their own eyes or heard it with their own ears, they wouldn’t believe you.

For example, to be rudely graphic, my identical twin baby boys used to fart at exactly the same time—no kidding. My mother-in-law and I would together bottle feed my infant boys and literally within seconds of each other, they would loudly pass gas. The babies were just weeks old, so this wasn’t a planned prank by mischievous male teenagers! (Though prepare yourself for this in the upcoming teen years.) My mother-in-law repeated this story to everyone, saying that if she wasn’t there in person, she wouldn’t have believed it.

Then there were the nights of the tag team crying episodes.

One infant would wake up crying in his crib, and either my husband or I would stagger into the nursery in the wee hours, pat the perpetrator back to sleep, and tiptoe slowly back to bed only—to have the other one start wailing. Hubby and I took turns, sometimes all night long. It took its toll on us physically to the point that we both looked like something the cat dragged in. Proof of this was when I ran into an old high school friend who took one horrified look at me and said, “Karen! What happened?!” My reply: “Twins.”

People may think that if you have identical twins, they will be alike in many ways. Sure they look exactly alike, but in other ways, it may not be even remotely true. For example, my boys are ‘mirror image twins.’ One’s a lefty and one’s a righty. One is a serious, less patient type, and the other is Mr. Easygoing, as evidenced in this early photo. They are going to be 40 years old this year, and this personality difference still holds true. 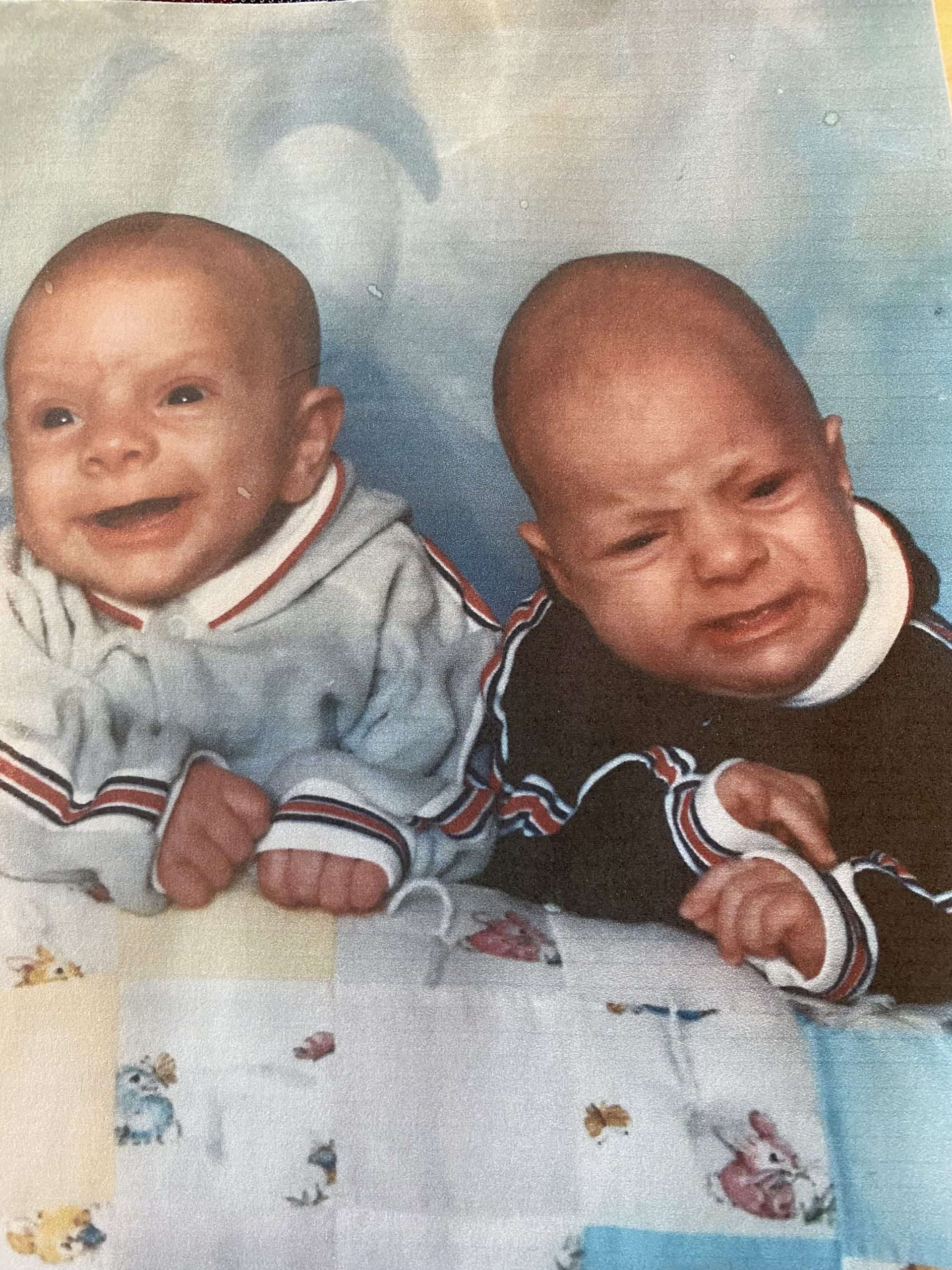 Also, prepare yourself for the sinister plots your toddlers come up with. They will conspire secretly and shock the heck out of you when you least expect it. For example, and to be graphic again, I learned to pee in 20 seconds or less because of the mischief they would get into whenever I closed the bathroom door behind me. The last straw was when I came out of the bathroom after a 20 seconds pee only to find one toddler standing on the dining room table reaching for the chandelier, and the other one climbing up on a chair to join him. Believe it or not, that was the last time I peed without an audience for a long time.

I will end this congratulatory message with a few interesting and heartwarming observations and synchronicities for you to be on the alert for as your twins are growing up:

All in all, being a mom of twins has been the single best thing that ever happened to me in my life, gray hair and all!

I have a feeling you just might think so too! Keep your eyes open and your sense of humor ready for the “Believe It or Not!” moments… and welcome to the club! 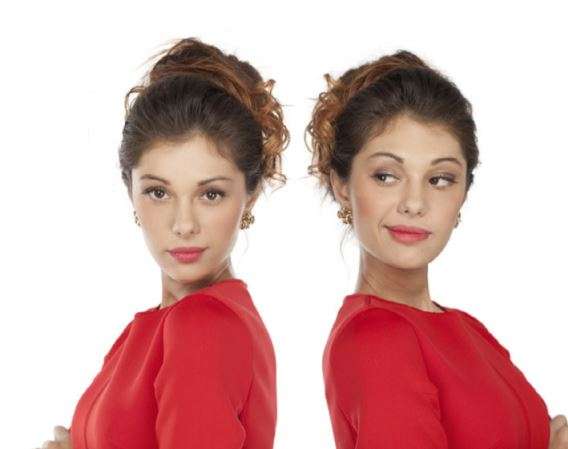 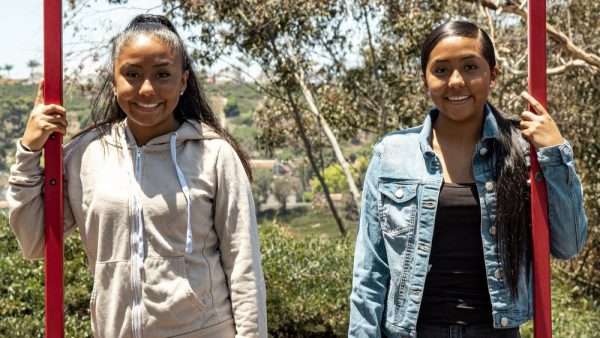 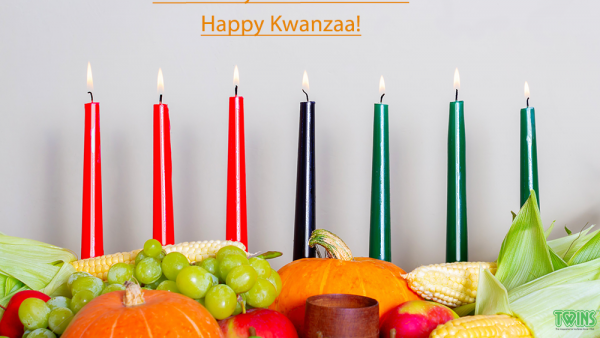