Nap time can be vital to the health of parents of twins, if not to the twins themselves, who usually readjust their sleep habits to find ways of getting the sleep they need.

Parents of toddler twins can either help their children change their sleeping patterns to suit the adult in their lives or find another way to get relief time most need desperately if they are at home with their children.

One father of twin girls now 3 ½ years-old says, “We encouraged the ritual of our children taking a nap by insisting they stay in their rooms during naptime until the level of destruction repeatedly brought us to their sides.”  Then he and his wife found individual quiet time by taking turns watching the children so one of them could rest for a period every day.

Molly Sullivan, a Berkeley, California early childhood specialist offers this advice on napping.  “At some point during toddlerhood, most children wake up soon after going to sleep.  At that time, it is imperative that they learn they can put themselves back to sleep.  They need to be told clearly, ‘It’s still nap time.’  My experience is that noise from one child doesn’t wake the other—eye contact does.  A simple solution is putting up a curtain or screen between the twins or using some other means to keep them from seeing each other.”

She emphasizes that a parent must be firmly convinced his toddlers still need naps.  They will go back to sleep if his message is clear, she says.

Naps as a Nuisance

Not all parents find naps a blessing.

One mother of four children says, “I thought naps were a hassle.  We couldn’t go anywhere with the older kids in the afternoon because the twins had to nap.  I was glad when they gave up napping, even though for a short period of time, one or the other sometimes fell asleep in his dinner plate…literally laying his head down in his mashed potatoes.  Even with this, the freedom was worth it!”

Another parent found naps a problem for this reason.  “My twins gave up napping at about 2 ½ years of age.  Recently I went back to work and put them in daycare, where they are required to nap.  Now with all that sleep in the afternoon, I can’t get them to sleep until 10 o’clock at night.  I hate it!  I never have any time to myself in the evening.”

The Parents’ Needs are Also Important

Parents of twins must be aware of their own needs and find ways to meet them.

Getting regular relief from parenting is essential on a daily basis.  Time off from the exhausting job of being with toddlers all day promotes parents’ mental and physical health.

They should recognize this need and not feel guilty about arranging for it.  One way to accomplish this is by continuing naptime through the toddler years, according to some parents.

Others disagree with this suggestion, arguing that children should understand their own physical needs.  This important lesson should be learned in early childhood, they say, and resting when needed rather than as a routine is the best way to promote this learning.

Although this idea may work for some people, one mother of very active twin toddler boys says, “When my twins were newborns, my aunt, also a mother of twins, told me, ‘I have just one piece of advice on how to keep your sanity: Put them on the same eating and sleeping schedule.’  I’ve followed that advice and found that it works very well.  My boys are definitely individuals, and they have different sleep needs.  I have put them on the same schedule, which means that they nap about the same amount of time, but one wakes up earlier than the other in the morning.”

This mother also sees a relationship between diet and rest, so she tries to keep sugar out of her boys’ diets so they can rest without being all “hyped up”.

She keeps her boys together when they nap, considering it a real advantage that they can hop in bed with each other because, in her opinion, the togetherness helps them sleep.

Another mother of twins who are 5 ½ years old says her children don’t nap, but she insists they have a quiet time every day.  “I put them in separate rooms at an early age, making sure they got enough fresh air and exercise, and always are put to bed early at night so they are tired but not overly tired.  Naptime is a routine and I’m kind of strict about it.  I found, though, as they got older, I couldn’t let them sleep all afternoon or they wouldn’t go to sleep at night.  By the time they were 3-years-old, I had to wake them up after an hour’s nap,” she reports, “to ensure a workable bedtime.”

Both of these mothers have no complaints about their toddlers’ naps primarily because they were very clear about their beliefs in naps and firm about following through with enforcement—the key to getting toddlers to follow any parents’ rules.

Ambiguous feelings, guilt pangs, and hesitation cause parents to be inconsistent in their directions to their children which leads to their inability to manage their toddlers’ rest time.

Parents need to explore some options until they find a napping solution that’s comfortable for their children and themselves.

[author] [author_image timthumb=’on’]https://twinsmagazine.com/wp-content/uploads/2016/12/icon.jpg[/author_image] [author_info]Janet Gonzalez-Mena was a teacher of early child education at Napa Valley College in Napa, California.  She was co-author of the book Infancy and Caregiving and is the mother of five children.[/author_info] [/author] 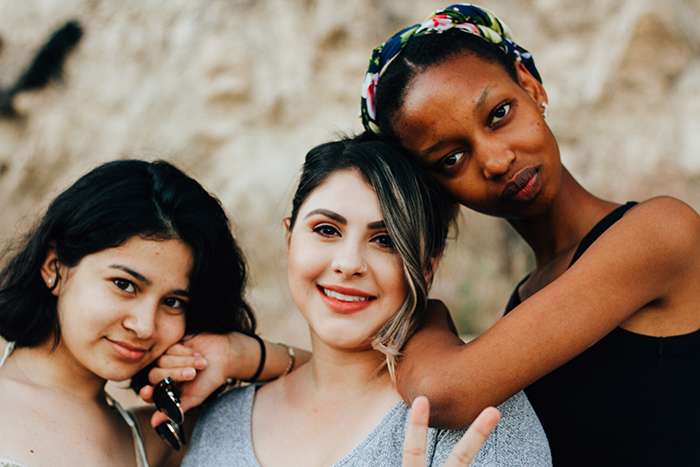 Where Have All My Friendships Gone?

The ultimate 2 for 1 deal