How is his breathing these days? It’s a question I get a lot – though I have few definitive answers.

Our identical twins Tim and Cary were born 11 weeks early after developing Twin to Twin Transfusion Syndrome (TTTS) where one was getting more blood than the other. They were born weighing 2.7 pounds and 1.13 pounds. Both were diagnosed with Chronic Lung Disease. And once discharged from the Neonatal Intensive Care Unit (NICU) approximately three months later, only Cary came home on oxygen.

One morning, a few weeks after coming home, Cary refused to take his bottle. The deafening alarms on his pulse oximeter were constant and my worry was growing. A few days prior we had taken him to a doctor who told us he had a virus that would soon run its course. But he wasn’t getting better. A phone call with the pulmonologist ended with us buckling Cary into his car seat to take him to the emergency room. But then everything dropped – his oxygen levels, his heartrate. Panicked, we called the paramedics. As we waited for help to arrive, I held my little baby close to my chest, while his little lips turned blue and his skin gray. Cary made it to the hospital, but once there, he was intubated and placed on an oscillator ventilator, a machine that literally shook bacteria out of his lungs. That night, exhausted and exasperated, my husband and I asked his doctor a question we should have asked long before. What exactly is Chronic Lung Disease?

The problem is, there really isn’t much information about this perplexing and often frustrating condition. What is known is that Chronic Lung Disease (sometimes referred to as Bronchopulmonary Dysplasia) is more common in premature babies born before 26 weeks of gestational age and whose birth weight is less than 2.2 lbs.

With us, we were told Chronic Lung Disease is something our twins would likely outgrow. Sure, they sent us to a pulmonologist once they were discharged from the NICU, but it was one of those cases of not knowing what we didn’t know. And our learning curve was steep.

I’m embarrassed to admit my knowledge of lungs started and ended with you breathe in, you breathe out. But as Cary’s doctor painstakingly illustrated on the back of a blank medical form the night he was hospitalized, preemie lungs are far more fragile. The doctor drew a diagram of the small bronchi that inflate and deflate in normal lungs. In preemies like Cary, these bronchi aren’t fully formed, can become easily inflamed or filled with fluid, sometimes resulting in pneumonia or a dangerous buildup of carbon dioxide. To make matters worse, preemies often also have compromised immune systems making them more susceptible to germs and become sick.

According to WebMD, nearly 10,000 babies develop CLD each year. And while ventilators, or in Tim and Cary’s case when they were born, a Continuous Positive Airway Pressure (CPAP) machine, help in making it easier for infants with CLD to breathe. As they grow, so do their lungs, making the need for breathing assistance less. However, there’s no real way to know if your child is getting better until he or she survives that first cold without being hospitalized. Even then, it’s a guessing game. In Cary’s case, he was hospitalized another four times his first year of life. He just turned five and spent a raucous New Year’s Eve hospitalized last year. Summer months are spent hopefully growing and healing. But when the Michigan winter hits, we brace ourselves not knowing how he’ll fair.

I’ve asked many a doctor why more isn’t known about this disease beyond looking at X-rays, administering bronchodilators and corticosteroids. Generally, the response is that short of putting dangerous scopes down a child’s throat, risking further damage to the lungs, doctors don’t have many alternatives.

The truth is, Cary is getting better. Will he have asthma or asthma-like symptoms the rest of his life? No one can say for sure. Colds, thankfully aren’t as bad. And come spring and summer, he’s a healthy, easy breathing machine that runs, climbs and breathes just as freely as the next kid. For that, we’re tremendously grateful.

Ginny Justice is a freelance writer who lives in Grand Rapids, Michigan with her four sons (including five year twins) and husband. 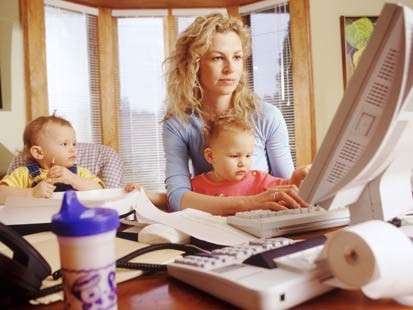 5 Steps to Find the Perfect Pediatrician for Your Twins

How is his breathing these days? It’s a question I get a lot – though I have few definitive answers. […]
By Twins MagazineJanuary 30, 2019